SX NEXT Cable - connecting NZ with the world 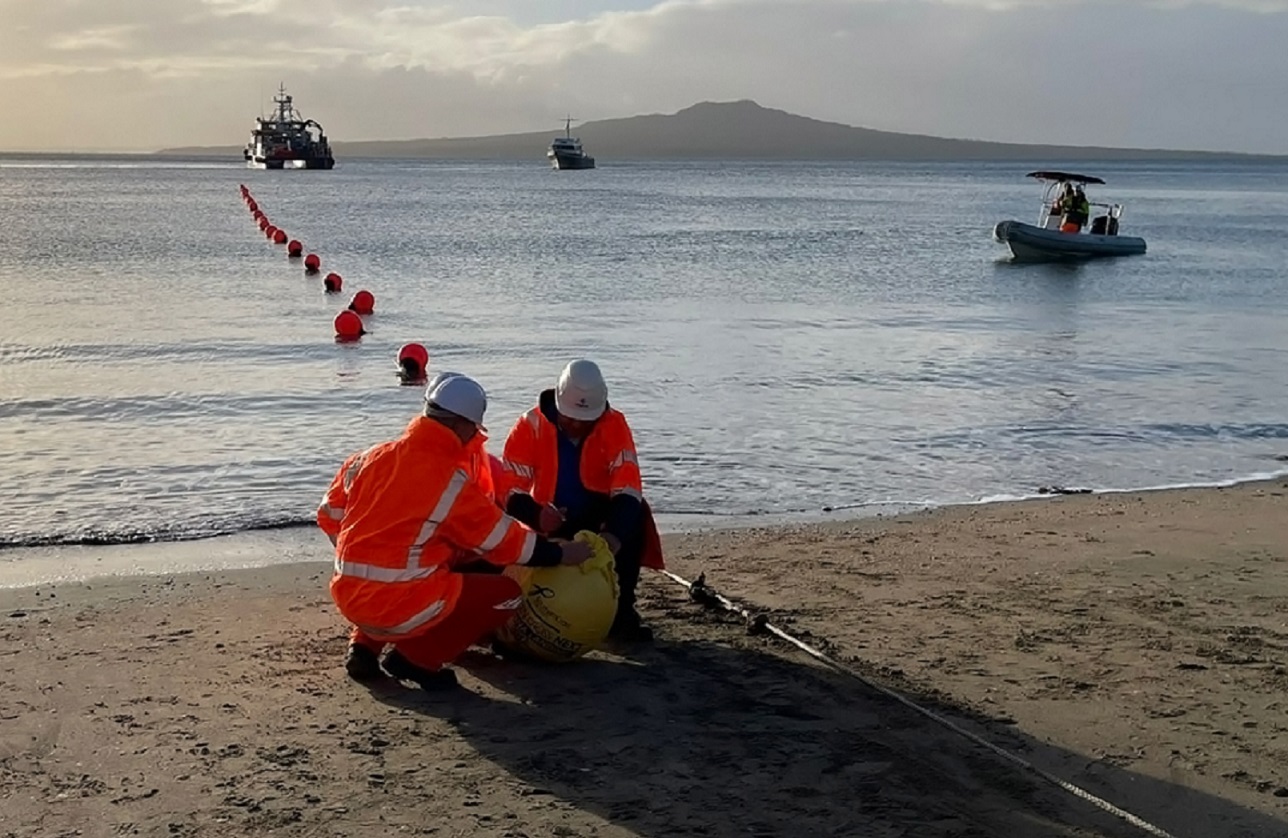 Southern Cross Cables Limited today announced the launch of its Southern Cross NEXT fibre cable (SX NEXT), creating the largest submarine network connecting Australasia to the United States and enhancing connectivity between New Zealand, Australia and the US.

To meet rising demand for hyperscale bandwidth driven by cloud adoption and digitisation, SX NEXT will boost the capacity of New Zealand’s global connectivity, carrying an additional 72 Terabits of data per second, effectively doubling New Zealand’s direct international connectivity capability to the USA. To put this in perspective, this would allow for the streaming of more than 4.5 million Ultra HD 4k videos simultaneously.

The 15,840km SX NEXT cable, running from Sydney to Los Angeles with links to Auckland, Fiji, Tokelau, and Kiribati, becomes the third route in the Southern Cross network eco-system between Australasia and the USA, and has taken just over two years to complete during the global pandemic.

Southern Cross Cables Limited CEO, Mr Laurie Miller said the Southern Cross NEXT cable supports their continuing mission to enable reliable connectivity between the people and communities within Australasia and the rest of the world.

“The new NEXT system is up and running and a core part of our strategy – providing new technology and capability that will support the growing and changing needs of our customers and the wider industry.

“Not only is NEXT the first of the replacement cables for our existing systems when they retire in 2030, it also completes the trifecta for us. Southern Cross is currently the provider of the lowest latency routes between Sydney and Auckland, along with Auckland to Los Angeles, and will now add the lowest latency route between Sydney and Los Angeles to our portfolio.

“The cable will also be a game changer for the people and industries of Tokelau and Kiribati as it will provide the first direct fibre optic cable link to New Zealand.”

Jolie Hodson, CEO at Spark, a founding shareholder of Southern Cross, said that with SX NEXT comes a more diverse and resilient international connectivity network, with lower latency than ever before and massive bandwidth to take New Zealand into the future.

“The SX NEXT will improve resilience and boost international connectivity between on and offshore data centres, delivering the high capacity and low latency services so many customers need to power their businesses and operations. We’re excited to be able to
offer this additional capacity to our wholesale customers and see this investment as an important enabler of the growth of emerging technologies like 5G and IoT.”

Talk to our Spark Wholesale experts about your business needs. We'll work with you to find the optimal solution for your business.

Already a Spark customer? Ask your business manager about our International Data Solutions.

Talk to our Spark Wholesale experts about your business needs. We'll work with you to find the optimal solution for your business.

Already a Spark customer? Ask your business manager about our International Data Solutions.